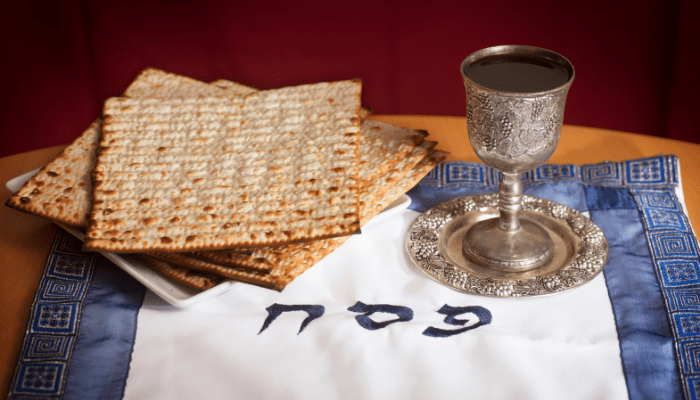 Numbers are a part of my everyday life. The three numbers above hold a personal connection for me.

Two years ago, due to various Covid-19 restrictions, my next-door neighbors and I decided to form our own minyan (prayer group of 10) since most synagogues were forced to close their doors. Besides the requirement of having ten males in attendance at a Shabbat prayer session, a Torah scroll is also a necessity. Torah scrolls are costly and not something even good praying Jews tend to have around the house. However, I am fortunate in that I do possess a Torah scroll. For ten years, my son-in-law and I had an arrangement whereby his minyan had possession of the Sefer Torah. Still, he would pass it to me on Jewish public fast days so that it could be used for the minyan at my Jerusalem office for Mincha, the afternoon prayer service. Two years ago, in March 2020, I took the Torah scroll back for the Fast of Esther, right before Purim.  In the coming days, everything shut down, and I have remained in possession of my own Torah since that time.

In 1992, 30 years ago, my maternal grandfather, Nathan Hecht z”l, was a “gabbai” (sexton) of the oldest operating synagogue in Chicago. Although he was already 90 years old, he was very energetic in approaching his job and ensured there would be a minyan on weekends, as well as preparing and serving a breakfast on Sunday mornings of sweet rolls, bagels, lox and cream cheese for his fellow congregants. These were mostly old men, diehards hanging around that neighborhood since well before 1968, when it was almost completely emptied of Jews, who moved north to the suburb of Skokie. Just before Rosh Hashanah, Nate was killed in a car accident on his way to prepare the synagogue for holiday services. I flew to Chicago and was asked by his small group of fellow synagogue members to lead the Sunday morning service and help serve breakfast after his funeral.  I was given a Torah scroll to take to my parents’ home to use while my late mother was sitting Shiva. At the end of the Shiva, it was announced dramatically that due to my grandfather’s death, the synagogue would close and no longer conduct services on the weekends. My late mother then instructed me that since the synagogue was closing, the Torah scroll would best be used in Israel, and that I should take it while the taking was good. She knew there was nothing Jewish left in that neighborhood, and the synagogue would not be resuscitated, but this would not prevent the few old geezers who were my grandfather’s prayer colleagues from arguing over who got the spoils. 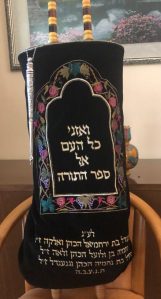 To justify my actions, I submit the following. In 1902, 120 years ago, my great, great, grandfather Aaron Echt, built a synagogue next to his home on Houston Avenue in South Chicago. They named the synagogue “Bikur Holim” (Visitors of the Sick), where five future generations of my family would attend synagogue service over the next 90 years. I have seen records of dues paid by great grandparents and other relatives, and my prayer seat there as a youngster was warmed by the rears of my ancestors. In the end, my grandfather Nathan Hecht turned out to be the last person to serve the very synagogue established by his grandfather.

I am moved that the events of 120 years ago have impacted my life today. 120 years is a long, long period of time. One hundred twenty years before my birth, Andrew Jackson was president of the United States, the Alamo would only fall two years later, and Abraham Lincoln moved to New Salem, Illinois, to work as a store clerk. These all seem like ancient facts that would have had no impact on my life.  Nonetheless, 120 years after my great, great grandfather built a synagogue on the far Southside of Chicago, I would be conducting weekly prayer services on the deck of my home in Israel, reading from one of the self-same Torah scrolls. In fact, during one of those services, we were privileged to host the naming of my ancestor’s great, great, great, great-granddaughter, Danielle Raz Krieger.

As we prepare for this year’s Passover holiday, I invite you to pause in contemplation of how today’s actions may happily impact our future generations, those who will know our legacy but whom we shall never meet. Is there a memoir we could write, a conversation we could initiate, or a tradition we could start which might enhance the lives of someone in the future?

In a few days, we will be marking a dramatic step enacted courageously by our ancestors 3500 years ago.  Every year, we relive this historic decision in detail with our families. As we sit down to whatever Seder we will be attending this year, I hope we can take a moment to honor those who preceded us, appreciate our efforts today, and hope our descendants will remember them.