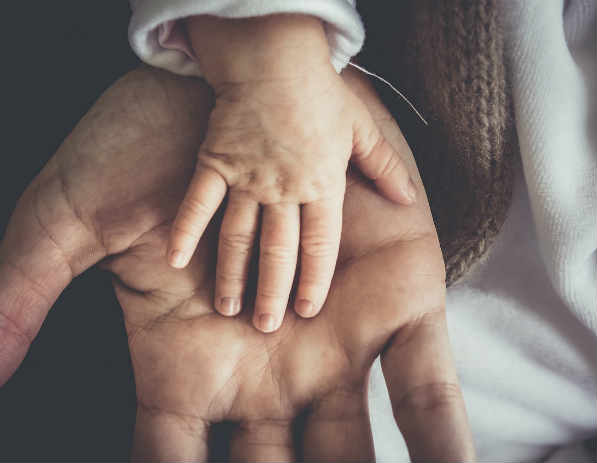 Up until recently when I heard the term “channeling” I was most certain that the term referred to building the Suez or Panama Canal or tunneling out of a prisoner of war camp. Today the term more frequently means, “A means of communicating with any consciousness that is not in human form by allowing that consciousness to express itself through the channel (or channeler)”.

Last week was the 26th anniversary of the death of my beloved maternal grandfather, Nathan Hecht. My grandfather was born in Russia, immigrated to the United States at age 19 and was a businessman until he died in a car crash on Chol HaMoed Sukkot at the age of 90. We were very close, and I worked for him as a kid and then as a teenager. I always found our time together to be very special, whether we were candling eggs (Google it), sitting in shul, watching TV or discussing stories from the Talmud. Being his only male descendant automatically gave me special status, together with the obligation to be his designated kaddish reciter, an arrangement that I agreed to several years before he died.

During the Sukkot festival, there are nine daily opportunities to say kaddish, during the evening, morning and afternoon services. Things did not start out too well for me trying to fulfill my yearly obligation. While I attended the evening service, I simply forgot that it was my grandfather’s yahrzheit (anniversary of his death) that day according to the Jewish lunar calendar! Although planning to attend the morning Shaharit service, my alarm clock did not cooperate and I arrived late to the synagogue. Applying baseball terminology, at this point I was hitting “0 for 4” having missed four opportunities to say kaddish. Nonetheless I was able to say the next 4 kaddishes during Schaharit (morning prayers), so my “batting average” was now up to .500 (4 for 8). All that was left was the Mincha afternoon prayers which contained one last kaddish. Saying this kaddish would be the tiebreaker, leaving me with a feeling that I at least recited the majority of kaddishes for my grandfather. However, my goal was not meant to be fulfilled as I confronted a traffic jam while driving home from Raanana late in the day and I could not get to a synagogue as the sun set. I was annoyed with myself until my wife Judy reframed things for me by reminding me of the enjoyable morning I had had with the grandchildren.

In Israel there is no day care on the holidays and on Sukkot the whole country is on vacation, although some do have to put in work hours. Earlier in the day I had been asked to spend the morning with my 2 ½ year old grandson. Readily agreeing, I decided I would try my luck and pick up three of his cousins, other grandchildren, and take them all to the mall.

As I got into an elevator with all four kids, I was struck with a feeling of calm that this outing was going to be special. First, I had each kid pick out his/her “heart’s desire” at the local toy store. Second, we headed over to the Gymboree where the younger kids and I climbed through mazes and padded stairs, surrounded by balls and balloons and trampolines. There was much laughter and a good time was had by all. We completed the day with a round of pizza, hand holdings and hugs.

While sitting in the afternoon traffic jam frustrated that I was missing yet another kaddish of the day, Judy pointed out there was more than one way to remember my grandfather on his yahrzheit, and perhaps that his spirit chose to channel his loving grandfathering skills to me on this special day. Based on the results of the day, I would say my grandfather of blessed memory and I reconnected on the anniversary of his death, even though I missed the majority of opportunities to say kaddish for him. I guess while trying to comfort me Judy actually showed me there is more than one way to remember our loved ones. In fact, I am already looking forward to next year’s yahrzheit when hopefully we will have another opportunity to reconnect.