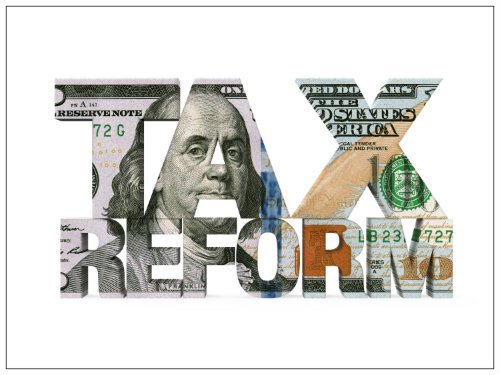 ‘By failing to prepare, you are preparing to fail.’ ― Benjamin Franklin

The Trump Reform (Tax Cuts & Jobs Act) made a number of changes for U.S. citizens living overseas and how they do business. For those individuals who control or have large investments in foreign companies, there are two very important new taxes that they must be aware of.

The first is the Section 965 Repatriation tax, which we have previously written about. In short, Sec. 965 taxes the owner on all retained earnings as of the end of 2017.

The second tax, suspiciously titled GILTI, picks up where the first leaves off. While named Global Intangible Low Tax Income (GILTI), the tax has almost nothing to do with intangibles. It will effectively tax U.S. individuals on their yearly corporate earnings from 2018 onwards. It also has an added importance because, while not much planning was available for Sec. 965, GILTI can usually be avoided or minimized with proper planning and carefully coordinated tax advice.

The GILTI tax is especially curious, because up until 2018 all active income in a foreign corporation was exempt from U.S. taxation, while passive income in the company would fall under the Subpart F regime and be taxable. The GILTI tax effectively spins the situation 180 degrees in the opposite direction. Now, passive investments made in your 100 percent-owned foreign entity might go untaxed, while the active business income in a controlled foreign corporation you own can be fully taxable.

As a quick example to show the impact of this new tax, if you net USD 100,000 in your Israeli corporation for the year, you will pay an Israeli corporate tax of 23%, and pay a U.S. tax on the individual level of up to 37%. Then, when you pull dividends out the next year, you can pay up to an additional 33% in Israel and 3.8% in the U.S. This adds up to a total tax of 79.83%, leaving you with approximately USD 20,174 take home! That is a heavy price to pay for not planning properly.

As with many tax reforms, the GILTI change was made with U.S. corporations which have foreign subsidiaries in mind, but actually has less of an impact for U.S. corporations than it does for U.S. citizens living overseas. The reason for this is that while there is an exception for all taxpayers whose annual income of up to 10% of fixed assets is not subject to the GILTI tax, for corporations there are another two big offsets that individuals don’t get. The first is that the new law allows for a 50% reduction of the income subject to the GILTI tax, which means that if an individual holds the foreign corporation they may have the GILTI tax of 100%, while if it is held by a U.S. C-Corp, there is an immediate 50% reduction.

The second offset is foreign tax credits. According to the new law, U.S. C-Corporations can use 80% of foreign taxes paid by the foreign subsidiary, meaning that as long as the foreign subsidiary has a tax of 13.125%, the GILTI tax will, in effect, be 0. This is because the highest corporate tax rate in the U.S. is now 21%. If you reduce that by 50% and take 80% of foreign taxes, you get to 13.125% (.21*.5/.8). For individuals, this is completely not the case, and without proper planning they could be left with zero tax credits to help offset the GILTI tax.

Individuals don’t get the 50% discount. They also don’t get any kind of foreign tax credit since the GILTI tax is on the individual level, and the corporation pays taxes at the corporate level. This means that the only benefit they get is the 10% of fixed assets, which for most is not very helpful. Many individuals will be faced with a potential 88.3% tax on their corporate earnings.

So are there ways to avoid this? The answer in most situations is yes, but only with proper planning and taking the appropriate steps as soon as possible.