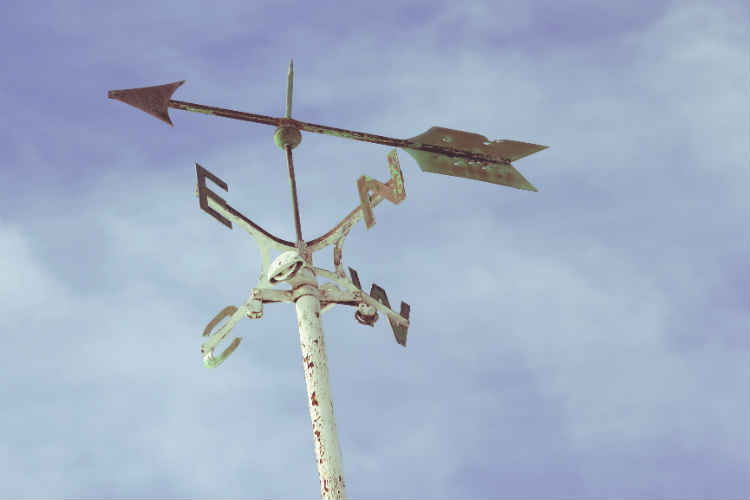 When I was a young boy growing up in Chicago, going to the East Side meant you ended up in Lake Michigan. In fact, until I was in my teens, I had never been further east than Hammond, Indiana. I had a great-aunt living there and the 30 minute drive from the South Side of Chicago seemed liked a major expedition.

At 19, I had a major and thrilling breakthrough in my travels to the East when participating in  a college student mission to Israel following the Yom Kippur War. Soon after returning from that inspirational trip, a book was published that immediately appealed to me, entitled “Go East, Young Man” by the late Supreme Court justice William O. Douglas. Justice Douglas was one of the most colorful judges to ever sit on the Supreme Court. He grew up in the American West, and the book told of his adventurous life there. When I moved to Israel, my new frontier, in my mid-twenties, I put that book in my lift; for the next 35 years my eastern border became the Jordan River…… until two weeks ago.

A few weeks ago, I had the privilege of joining my wife (a practitioner of Chinese Medicine and amazing boutique tour operator to China) on her 5th trip to the Middle Kingdom, with myself as her only traveler.  The weather was very cold and we carried 7 pieces of hand luggage on 6 flights, including 2 pots for cooking Chinese medicinal herbs and kosher food.  It was a challenging and exhilarating trip.  For someone like myself, so grounded in Western Culture, the experience caused a major sensory blast to my brain. The language and music, aromas of grilled food and medicinal herbs, and sights  –  primitive tribal costumes to gilded crimson and gold of traditional China cum modern urban chic,  were all sensations that I had never experienced before.  When asked “what was the highlight?” I would have to say the discussions I had with our guides, friends and drivers. The changes that normal people in China have experienced in the last 30 years are probably unparalleled in history. If one brought together travelers to China in the 80’s, the 90’s, the 00’s and now, each one would have completely different experiences and insights.

As I travelled back home heading west, my thoughts returned to Justice Douglas’ book. What does it really mean to “Go East”? It is interesting that in Biblical Hebrew, East is “Kedma” which has the same root as “Kadima”, meaning going forward. Perhaps Justice Douglas also was connecting being young to going forward. In China, one is immediately struck not only by the forward progress, but also by how young and vibrant the population is, despite the one-child policy of the last generation.  The marketplaces, business districts, subway stations and airports are packed with well-dressed, purposeful and friendly 20- and 30-somethings on the move, some carrying chrysanthemum-embroidered baby papooses or pedaling bicycles laden with home-grown produce while their age-mates rush forward with mini-skirts and smartphones, rolling shiny fiberglass colored suitcases and briefcases along the pavement. If you want to be shaken up, move outside of your comfort zone and gain some new perspectives, I highly recommend booking a plane ticket to China.  Perhaps it will change not only your direction but your outlook, as it has caused me to consider.

The last few years, we have made a lot of forward progress at Philip Stein & Associates. I think this progress has been a result of hiring and investing in a young talented staff. Enthusiasm and team spirit combined with youth makes for a winning combination. I am proud that our firm is moving forward with not only a young staff but a young management team. In the same vein, we try to challenge our employees daily to widen their horizons by sharing perspectives and looking outward.  I feel that this spirit lends to innovation which will allow us to improve our service to you in the coming years.