Mandatory Curfew Then and Now 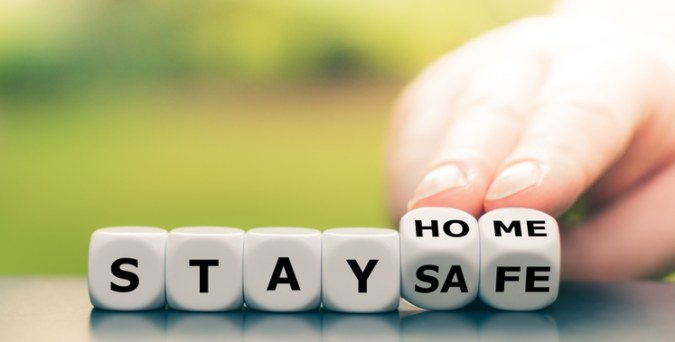 I am writing this blog a mere two weeks after Purim, when I sat with most of my family around our dining table feasting on sushi and pizza (you need something for every generation). Since then I have been mostly working from home and discovering the joys of using the Zoom App. The positives for me have been not driving (I don’t miss sitting in traffic), working in casual clothing (much more comfortable), and being on a much more relaxed daily schedule.

On my morning walk today, I experienced two flashbacks listening to the morning news. The announcer reported that in the next 24 hours Israel would restrict one’s outdoor movements to between 50 and 100 meters from one’s house. The only exceptions would be to buy groceries and go to the pharmacy.

My first flashback was back to when I was a soldier doing my reserve duty at one of the many prisons for terrorists. One of my duties was to stand in a guard tower over the outdoor “exercise” area of the prison. These areas were usually about 25 meters in length and about 15 meters wide. Pairs or trios of prisoners would pace back and forth for an hour discussing the matters of the day. Back and forth, forth and back they walked and talked. Would this now be my future exercise regimen for the coming weeks or months? Was my guard duty experience a preview to what I would now feel like as a “prisoner” on my very own street as I sought my daily exercise?

My second flashback goes back to a week before Passover 1968. Martin Luther King had just been assassinated which led to mass rioting in Chicago. At the time my family lived in an integrated neighborhood (an old term for black and white people living together), where the tensions were running very high. Many of my friends’ fathers had businesses in the neighborhoods that had the most unrest, and their stores were burned down by arsonists during the riots. The powerful mayor at the time, Richard J. Daley (the elder), ordered anyone under age 21 to be under a curfew from sundown until sunrise. During this time, in the late afternoon hours, my best friend and I were walking down one of the main commercial streets in our neighborhood. The normally busy shopping area was for the most part empty of people, with many shop owners anxiously hoping that the riots would not come to our neighborhood.

Nonetheless, we still felt it was a good time to go to our favorite ice cream shop. Just as we were about to enter the ice cream store, we heard on a loudspeaker, “Hey kids, what are you doing outside?”. We turned around and saw a jeep of National Guardsmen, with their M-16’s out. This was not a sight a kid growing up in Chicago normally saw. We, of course, stopped and answered we were out to buy some ice cream. The soldiers were not amused and told us to finish our business and get home as soon as possible. It was the first time in my life that I felt a military authority restricting my movements.

Part of today’s radio report said that soldiers would be called up to assist the police in order to ensure that people stay in their homes. Would my grandson be stopped by a policeman or soldier if he wished to take a short walk in the park or to run an errand for his mother to the local grocery store? Would I be stopped to be questioned if I ventured more than 100 meters from my home? Would I feel like that young boy back in 1968 on 79th Street in Chicago?

We are living in a period that promises new experiences for us all and perhaps deja vu for some of us. In any case, may this period pass sooner rather than later, and we return to our old daily routines as soon as possible. In the meantime, I wish you all good health! And may our homebound experience be a positive one for all of us within our homes and our larger society.