Moving From The Back Seat To The Front Seat 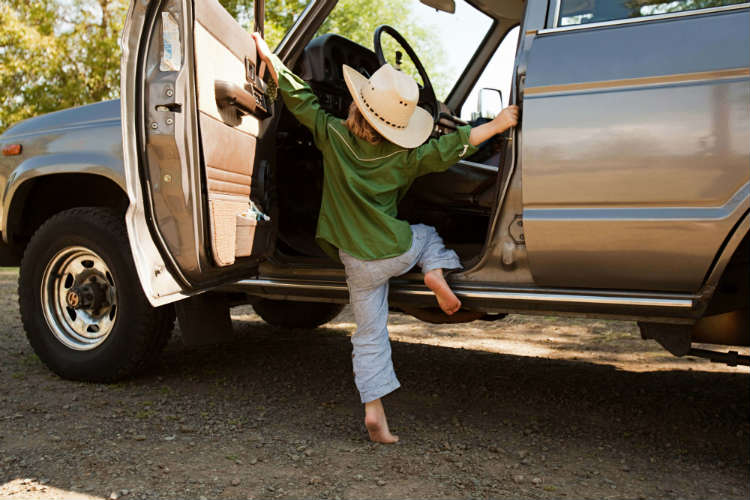 Most of my generation spent our childhoods in the back seat of an automobile, being driven around by parents, grandparents and older siblings. At some point, as you become a preteen, you get the right to sit up front and begin to see up close the mechanics of driving. A little later, you start learning to drive a car (unless you grew up in Manhattan) and finally you pass a few tests and receive a driver’s license. Getting a driver’s license literally puts you in the “driver’s seat” and gives you the right to determine who gets to sit up front or in the back seat.

I started thinking about this as I was driving my 10-year old grandson and one of his best friends to Jerusalem a few weeks ago. We truly had a great time. We parked the car in one of Jerusalem’s older neighborhoods, rode the light rail, toured the Old City of Jerusalem, and as the piece de resistance, I bought the boys hamburgers. As we drove back home, the boys were having a good time playing with a smart phone video game in which kids from all over Israel compete against each other online. I realized they became so absorbed in the game that my role as the driver was unimportant to them at that moment. Part of me wanted to shout out, “Hey boys, remember me?  Aren’t we still doing something together?”.

Instead of blurting something out, I started thinking about when I used to sit in the back seat. As memories came into focus, I clearly recalled sitting with my best friend Bernie in the back of my grandfather’s 1958 Oldsmobile Delta 88. It was truly a massive car with no seatbelts and plenty of room for two 10-year olds to horse around. In fact, there was so much room that we started tossing a football back and forth, since there was no smartphone to play with in those days. It was summer, and in 1958 cars did not come with air-conditioning. The windows were all open, and before we knew it, the football went flying out one of the back windows, and quickly disappeared from our sight. We were driving through a neighborhood in which ownerless footballs would quickly disappear, so we had to move quickly. I took a deep breath, and yelled out to my grandfather to stop the car. His reply was to say “Why?”.  By the time I explained, we were several blocks from my lost football. Eventually, my grandfather put on the brakes, and we ran back (no turning the car around; it was clearly our problem) and eventually found the ball in a sunken garden below street level. The ball was a little muddied, but it was safely back in my possession. I don’t recall my grandfather giving me a lecture, and he just gave us a look which said “boys will be boys”.

Fast forward 50 years. I am no longer in the back seat, my grandfather is long gone, and I am now the grandfather driving around two fun loving 10-year-olds. Funny how our roles change so quickly, yet we can never pinpoint the exact moment that we moved from the back seat to the front seat. When did we become the adults with the car keys? I can’t really answer that question, but I am grateful for getting to the stage in life where I am in the front seat, and also happy that I stayed quiet as my grandson was victorious over some other kid battling him on the internet. As they say, “the more things change, the more they stay the same”.