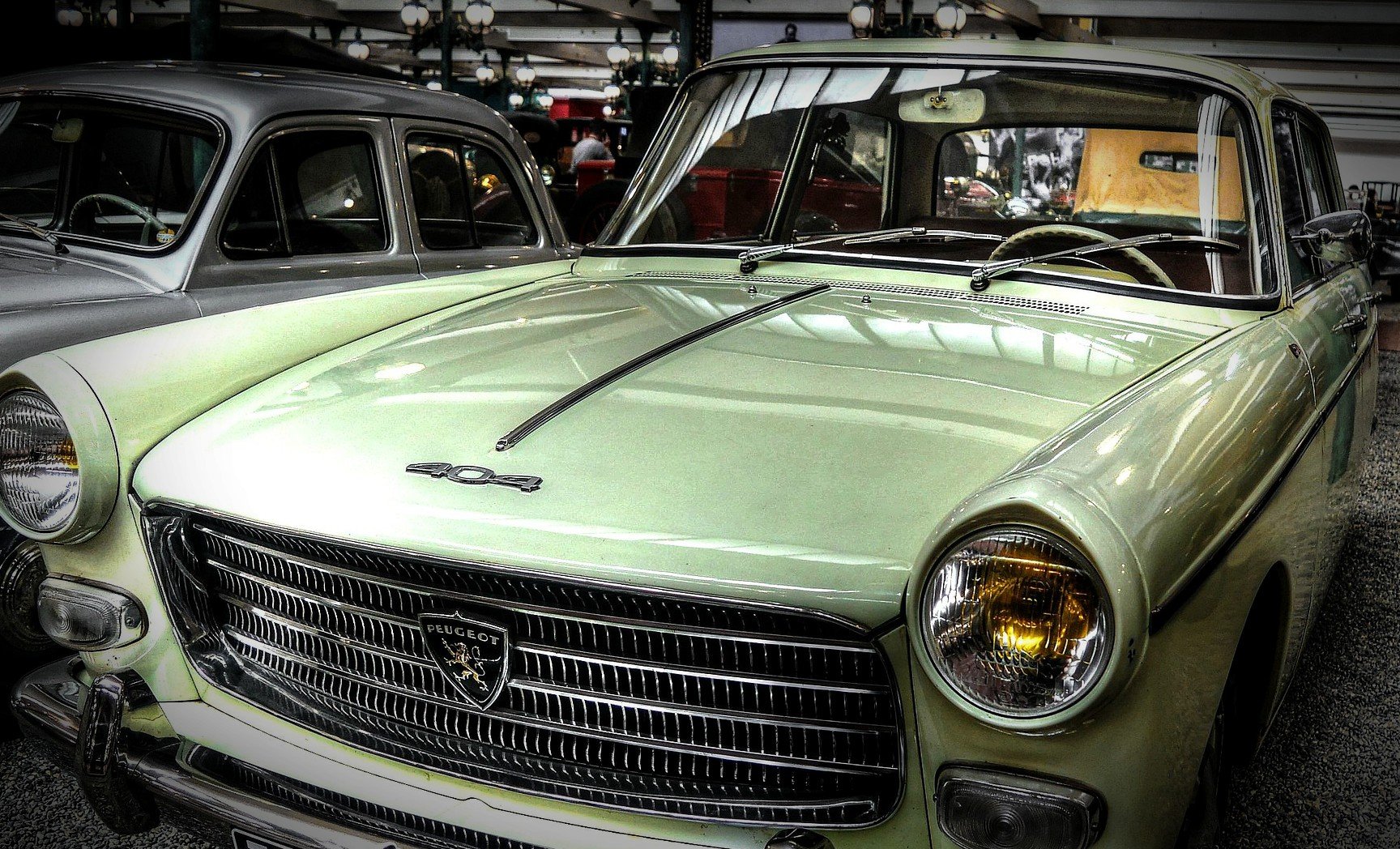 One of my favorite Beatles songs is called “ In my Life” https://youtu.be/UKQpRgxyyqo.

It speaks of people and places we knew and loved, who are no longer with us or inaccessible to us. In my life, there are also beloved things that are no longer with me. Those things might be my ice hockey equipment or the tallit that served as the chuppa at our wedding. It also could include my baseball card collection, my bar mitzvah speech or a Super 8 movie of a football game I played. These things are all connected to powerful memories, filled with emotions, evoking pleasant thoughts.

No matter how dented or scratched one’s first vehicle was, it is a sweet memory and something one never forgets. My first car was a Peugeot 404. https://upload.wikimedia.org/wikipedia/commons/3/39/Peu404vitfr.jpg.

If fact it was my late father’s car, but upon reaching age 16 and learning to drive a stick shift, I took ownership by using it non-stop. There were very few Peugeots in the United States in the 1970’s, so driving one gave me a unique status of driving a car that no one else had. In addition, the car had a manual sunroof and drove like a sports car; in other words, it was heaven on earth for a 16-year-old boy. Now, that is not to say that the car did not have its deficits. I once had to drive through a rainstorm with no windshield wipers, and another time drove a date down the “Magnificent Mile” in Chicago when the car’s horn would not stop beeping. Nonetheless, that Peugeot and I became deeply attached. Unfortunately, as the ability to find spare parts became increasingly difficult, we had to eventually part, and it was sent to the junkyard.

About 5 years after Peugeot #1 and I parted, I was a graduate student at the University of Michigan, and I noticed a small classified ad listing a used Peugeot 404 for sale! I immediately dropped what I was doing and grabbed my fiancée (now wife) and rushed over to the address listed. As soon as I arrived, a line of other interested buyers began to form. As the first to arrive, I exercised my right to take a test drive, which the seller agreed to.  Getting behind the wheel, I was overcome with the feeling of being reunited with an old friend. However, I had a serious dilemma.   Since my maximum budget for this car was about $125, and with other people who looked more prosperous then I waiting for their test drive, I was sure to be outbid. I tried coming up with an idea quickly so as not lose this car. Suddenly, an opportunity presented itself, a sign pointing to the highway to Detroit –  just what I needed!  Before the owner of the car could react, I made a quick turn onto the ramp, with the owner shouting, “what are you doing? There is no exit for another 20 miles!!”  Knowing that it would now take us 45 minutes to get back to the other potential purchasers, I assumed (and it proved to be correct) that everyone would be gone. I now had no competition, so while my first offer of $100 was turned down, we closed the deal at $125, and Peugeot 404 #2 was mine.

My drive home was exhilarating, and with the roof open and an ice cream cone in hand, I was flying even though the car had no wings. However, Peugeot #2, had some serious rust problems and there was actually a hole in the floor.  In addition, finding spare parts was even more difficult than 5 years earlier. I was able to get the car back to Chicago, but #2 barely made it through the following summer, and now a married man, #2 would not be joining me back in Ann Arbor. I gave the car to my Dad to keep as a monument in the family’s driveway. Eventually after a harsh Chicago winter, my mother forced #2 also to the junkyard. Basically, that ended my  physical relationship with any Peugeot 404s; while occasionally I would see one during my first few years in Israel in the 1980’s, I could now only dream.

Fast forward 40 years, I am sitting in my Ramat Gan office this week having just finished a meeting with a new client. As I often do, I like to chat with clients about their interests, work and hobbies after the formal part of the meeting ends. This particular client told me that he restored antique cars. I asked, “How old are the cars you work on?”; he replied “Oh from the early 30’s.” Nonetheless, I decided to share my love affair with Peugeot #1 and #2; and much to my pleasant surprise he said, “I have three Peugeot 404s in my workshop!” I asked if I could come see them, and he replied “you can even take one for a drive”. My spirits soared, I was to be reunited with something that I assumed was long gone and never to return.

I can tell you, at this stage of my life there are many people that are long gone and I will never see again. There are places, especially of my Chicago South Side childhood, that while they exist have changed so much that I will never see again. But in the coming weeks, I will happily get to sit behind the wheel of a Peugeot 404, open the sun roof and if I am lucky, turn on the AM radio and maybe the Beatles song “In my Life” will be on. If it is not, then I will turn on my iPhone and sing along.