Phillip Stein & Associates > Blog > Once a Resident, Always a Resident…

Phillip Stein & Associates > Blog > Once a Resident, Always a Resident… 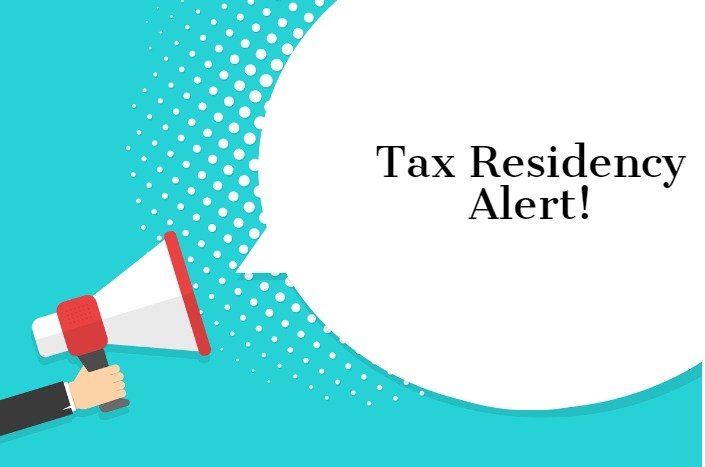 Determining one’s tax residency is probably the most important issue for people moving to and from Israel. This recent Israeli Supreme Court case, as interpreted below by our colleague attorney Yair Benjamini is a worthwhile read:

Re: Once a resident, always a resident… – the Supreme Court makes breaking Israeli residence more difficult and declares: Playing poker is an occupation and not a game of chance

Last week, the Supreme Court dismissed the appeal filed by Mr. Rafi Amit, a professional poker player, with respect to the taxation of his profits from poker games around the world.
The judgment focused on two main issues:

The first, pertained to whether or not Rafi was an Israeli resident. This question was
relevant since if Rafi was not an Israeli resident, his income from poker games, too,
would not be subject to Israeli tax liability (since the profits were generated outside
of Israel).
The second, pertained to the classification of this income ­ whether it would be
classified as an income from occupation (pursuant to Section 2(1) of the
Ordinance) or income from gambling (pursuant to Section 2A of the Ordinance),
whereas the tax that applies to income from gambling amounts to 25% at the
relevant tax year, which is a significantly lower rate than the marginal tax rate of up
to 44% for the same year.

With respect to both issues, the ruling of the Supreme Court prescribed a new,
precedential and even surprising case law guideline; therefore, we shall describe each
aspect separately.

Residency for tax purposes
In this aspect, the court deliberated whether or not Rafi, who during the relevant tax
assessment year was single and stayed in Israel for no more than 30 days, and who
did not have any permanent home in Israel, was an Israeli resident for income tax
purposes and therefore liable to pay tax on his entire income, both from Israel and from
abroad.
We shall remind that an Israeli resident for income tax purposes is “a person, the
center of whose life is in Israel”, a test which is determined by various factors, such as:
the place of his permanent home, his and his family’s place of residence, his place of
employment, the place of his economic and social interests etc. In addition, the
Ordinance prescribed two quantitative presumptions (183 days per annum or more; or
425 days or more for a period of 3 years), upon the fulfillment of either it will be
presumed that the center of that person’s life is in Israel (hereinafter: the “Physical
Presumptions”). The aforesaid presumptions may be rebutted both by the taxpayer
and by the income tax authorities.
The Supreme Court held that although Rafi stayed in Israel for only 30 days during the
relevant tax year, he is still deemed an “Israeli resident”, notwithstanding the fact that
the Physical Presumption had not been fulfilled and the fact that it was hard to point at
any “permanent home” or connections to Israel, given Rafi’s nomadic lifestyle. By its
ruling, the Supreme Court adopted the ruling of the District Court (Judge Kirsh),
whereby the fact that Rafi transferred the winning amounts to a bank account in Israel
and was not a resident of any country for tax purposes, indicates his Israeli residency.

The court ruling went even further and held a precedent, by which in a case
that pertains to an Israeli citizen who was born and raised in Israel, as a starting
point, he would still be deemed an Israeli resident even if he stayed for long
periods outside of Israel. Judge Mazuz also mentioned that a stay abroad for
academic studies or even for work (!) or commercial agency purposes would not
necessarily indicate one’s intention to cease his Israeli residency, in the lack of
any other clear indication to do so. To the best of our knowledge, these
statements are unprecedented and have no foundation in Israeli legislation;
however, since they were expressed in a ruling by the Supreme Court, it would
be advisable to rethink the manner in which we analyze the residency of
individuals. Moreover, it seems that the statements above could also affect the
outcome of cases with opposite circumstances ­ with respect to foreign
residents and citizens of foreign countries, who stay for long periods in Israel ­
and we may argue that in the lack of any clearer indication of their intention to
settle in Israel, they will not become Israeli residents.

As for the theoretical question of whether or not a person may be deemed to have “no
residency” ­ in other words, a person who is not a resident of any country for tax
purposes ­ the court made clear that this may be possible only under unique and rare
circumstances. Therefore, the conclusion from the above is that the certification of
one’s residency in another country for tax purposes is a critical and almost
unsurpassable condition for proving that his center of life is not in Israel.

Our law firm, Benjamini & Co, is at your disposal to discuss the implications of this precedential
judgment and any preparatory measures required as a result of it.

The purpose of this memorandum is to bring to your attention general
information on various topics. The actual provisions of the law are more
complex and include additional exceptions. Accordingly, the contents of this
memorandum should not be implemented without first seeking a professional
advice from our law firm.