Surviving the 10 Plagues of the Trump Tax Reform 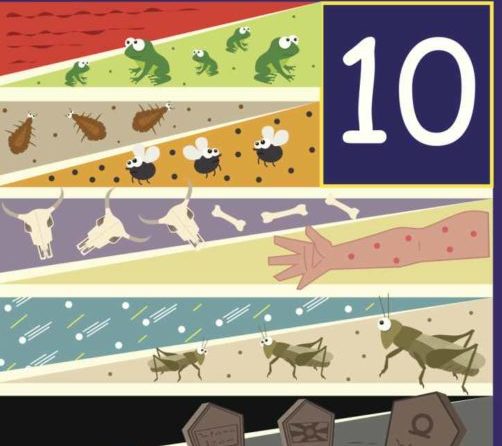 I have been thinking a lot about survival lately, ever since I attended the conclusion of my youngest daughter’s “Survival Week” in the Ramon Crater as part of her pre-army training program. We were told that she subsisted for 5 days on a handful of dates, almonds, and some rice and water that they carried with them. While driving her home for a much-needed shower and clean sheets, she revealed that she and her comrades went to great lengths to supplement their “survival” diet.  It turns out they hid food in their underwear, picked up raw potatoes from a kibbutz field as they were about to board the bus and the best of all, convinced hikers in the area to part with some of their food supplies. According to Webster’s Dictionary, Survival means, the act or fact of surviving, especially under adverse or unusual circumstances. In other words, sometimes a person has to do whatever needs to be done in order to survive a situation that feels threatening. My daughter and her friends survived their week, and I started to think about other times that people feel they are in  survival mode.

I realized recently that this time of the year is sandwiched between two holidays about survival! Purim is a holiday where we eat, drink and celebrate that we survived a decree that would have wiped the Jewish people out. Then on Pesach we also, eat, drink (at least 4 cups of wine) and celebrate that we became free and survived the Egyptian enslavement. We all know that later in our history there were many, many times that our survival was tested. I think that although the Genome Project was completed more that a decade ago, that someday scientists will discover a “survival” gene in members of the Jewish nation.

The Trump Tax Reform or the Tax Cuts and Jobs Act, as it is called, has put a lot of people in the survival frame of mind lately. I have personally seen people go through Elisabeth Kubler-Ross’s five stages of grief over this law, which includes experiencing denial, anger, bargaining, depression and finally acceptance when confronted with changes that will affect their bank account balances.

I think the sooner one gets to the acceptance stage when dealing with this major tax reform, the sooner one can activate the survival mode of thinking. In my opinion, this means to educate yourself and then explore creative solutions to solve the problem. We all have these capabilities, but when it comes to taxes, my team and I have invested a great deal of our time to offer creative legal solutions once our clients reach the acceptance stage.

While the ancient Egyptians did not fare too well when dealing with the 10 plagues, I would like to offer a new list of “10 plagues” that Congress has brought to U.S. citizens in general and those living outside of the United States in particular. Here they are:

Frogs in your bed would certainly be less expensive! Fortunately Philip Stein & Associates can help you financially survive these new realities.