Phillip Stein & Associates > Blog > The Marwans In My Life

The Marwans In My Life

Phillip Stein & Associates > Blog > The Marwans In My Life 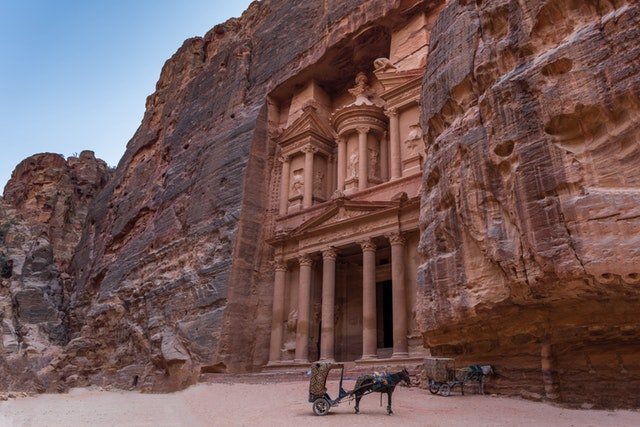 Until recently if someone asked me, “Have you ever known someone named Marwan?” I would have answered in the affirmative. But as of last month, I would have to answer that I have come to know two people with that name. Marwan is an Arabic name that means a strong stone or strong leader. While I would not describe either of the Marwans I came to know as strong leaders, they were definitely characters that have been become strongly etched in my memory.

Let’s start with Marwan #1 who I met over 50 years ago when I was in elementary school in Chicago. Marwan moved into our neighborhood when I was in the 7th grade and we quickly became friends. Marwan said his family was from Jordan, which back then included what we today call Judea and Samaria. He and his family were the only Arabs in the school I attended but he was quickly accepted by our class as a funny, energetic kid.

I have two significant memories of Marwan; the first one involved a business proposition and the second a lesson in international conflict. Marwan was a recent immigrant who was quite industrious.  He had secured one of the more lucrative paper routes in the neighborhood and was now moving on to a part-time job that would earn him more money. He approached me and said that I was his first choice to replace him on his paper route. For me to secure the rights to the route, I needed to first apprentice with him for a week and then be approved by the owner of the newspaper distribution center. The route ran down an alley running from 75th to 79th Street. I was responsible for about 80 three-story apartment buildings and my targets were the outdoor porches of those buildings. Being a first baseman in Little League Baseball did not prepare me to throw those afternoon newspapers up to a 3rd floor porch. Despite my throwing struggles and my physical exhaustion from carrying those missed throws up to the 2nd and 3rd floor porches, Marwan encouraged me to not give up, and said that I should take the paper route from him. My friend was very helpful and explained to me how to avoid getting robbed on the monthly collection day, and he also showed me where to buy rubber bands to roll the newspapers– a place that was cheaper than the distribution center price. To make a long story short, I lasted one week on my own before my mother, of blessed memory, called the owner of the paper route and said that I had quit (I was on the verge of collapse after a week of delivering those papers).

The second memory took place during the Six Day War. Marwan and I sat next to each other in the 8th grade when the war began. We had daily discussions about the progress of the conflict based on the gleaning of the morning newspapers. Also at this time of the year, the iconic Sears catalogue had just been published, and the teachers of the 7th and 8th grades went into seclusion for several days to review the newest products and latest clothing styles that were featured. On one of those days in June 1967, the fresh edition of the Sears Catalogue was left on our teacher’s desk and one of my mischievous classmates decided to insert his chewing gum between several of the pages that featured women’s dresses. This incident, which was defined by our teacher as an act of terror, lead to a thorough investigation to find the culprit who had committed this heinous act. Our teacher’s method of investigation was to have everyone write a short essay as to what they were doing between 1 and 1:30PM on that day, and what the students sitting around them were doing.  She would review each essay and look for any inconsistencies between students’ stories and eventually nab the perpetrator.

Fortunately for me and Marwan, we had the perfect alibi. Our daily discussion/debate surrounding the Six Day War provided a perfect cover for our activities during the half hour in question, and we avoided any further interrogation. Within a few weeks Marwan and I graduated from elementary school and went our separate ways. Since Marwan was in a different high school district than me, his parents decided to move to a better school district that summer and I was never to see or hear from him again.

During a recent tour of Jordan with a local field school, I came to meet Marwan #2; he was assigned to our tour group as our Jordanian “tour guide” but was actually a minder for our group hiking to Jewish biblical sights in Jordan. He was a mountain of a man, having a height of close to two meters and a weight of close to 140 kilos. In addition to getting us through the Bet She’an border crossing, his main function was to make sure we did not display ourselves as Israelis or Jews in public. We were instructed to keep a low profile and follow his instructions. In other words, he held himself out to be a strict authoritarian who was there to make sure we followed the rules.

After one or two incidents where we were reprimanded by Marwan #2 for saying a blessing in public or suchlike, most of the group wanted to distance themselves from him. However, due to my pleasant memories of Marwan #1, I decided to approach him during our walk out of Petra. My wife and I were the final stragglers of the group for the day due to my wife’s excellent bargaining skills– honed in China– with vendors along the exit route.  Marwan was there to make sure the group remained intact and brought up the rear. I began our conversation by asking him as to how he came to be a “tour guide”. He explained to me that he had recently returned from spending 24 years working in Moscow. He had been married to a Russian woman who he subsequently divorced, fathered a daughter who was a university student and had lost a Russian girlfriend to cancer recently. He told me that he decided to return to his homeland and look for a local girl  and had recently become engaged. He was looking forward to starting a new chapter in his life with his future bride. We discussed raising children, the tourism industry and other assorted topics. I bought him a bottle of water on our long walk back to the hotel and wished him a good night’s sleep.

On the evening the tour ended, Marwan came up to me and said that my wife and I were the best members of our group. He expressed how much he enjoyed meeting us and I answered by thanking him for his service to us. I wished him good fortune in his upcoming marriage, and we parted with a warm handshake.

In a way my experiences long ago with Marwan #1 enabled me to connect to Marwan #2 and my recent interactions with Marwan #2 brought back sweet memories of Marwan #1. Although my experiences with each of them was so vastly different, nonetheless, for some unexplained reason those encounters felt very much the same. Perhaps the fact that I considered them both neighbors was the connecting point. 50 plus years ago, Marwan #1 was my Jordanian neighbor on the Southside of Chicago and now Marwan #2 was my neighbor living in Jordan, in the country next door.