Two Journeys As One 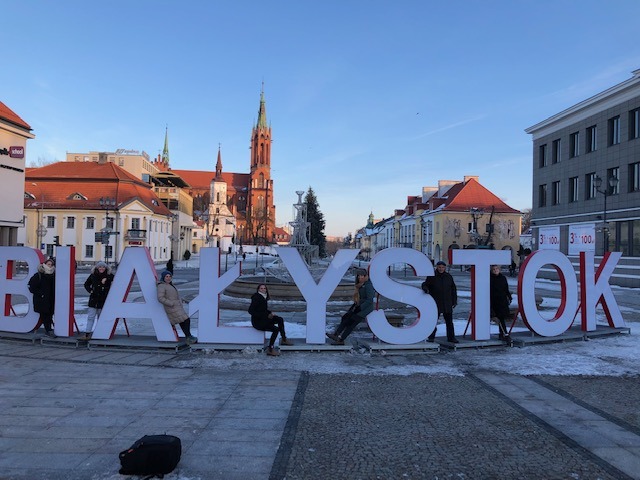 This week in the Jewish calendar, we began to read the book of “Shmot” (Exodus) once again. The seventy souls who are the ancestors of the Jewish people leave the “Old Country,” Canaan, and start anew in Egypt. They initially enter the land of Egypt as patrons of Joseph, their son, brother, and uncle, and can live as a family in a safe and protected environment. However, their autonomy and lifestyle slip out of control once Joseph dies. The future Jewish people will end up spending 210 years in Egypt before their abrupt departure to their Homeland, a destination which could be covered in 5 days but ultimately takes 40 years!

I am thinking about the above because precisely 100 years ago, my ancestors left the “Old Country,” in this case, Poland, and arrived in the United States on December 24th, 1921. One hundred years is difficult to grasp, but it is nearly half the time the Jewish people spent in Egypt. In this case, my grandfather’s family of seven souls began their journey in Bialystok with a train ride to Warsaw (a trip I was able to experience in 2019), where they received their visas to the United States. From Warsaw, they boarded a train to the seaport of Trieste, Italy, a journey of about a day via Vienna, Austria. My grandfather, all of 19 years old at the time, could not resist exploring Trieste, and without a map and not speaking any Italian, got lost and nearly missed catching the ship to America. Soon after arriving in Trieste, the family boarded the S.S. Woodrow Wilson, and on the 8th of December 1921, they set sail for America. The ocean liner stopped in Patras, Greece, Naples, Italy, Algeria, and finally Ellis Island in New York City. After being detained for exceeding the immigration quota, they were eventually released due to the intervention of the Governor of Illinois via a Chicago cousin. They finally boarded a train for Chicago, where they were greeted by grandparents, aunts, uncles, and cousins (one of whom my grandfather eventually married, my grandmother!). Among several things my grandfather told me about his ocean voyage was that he claimed to be the only person on the ship who did not get seasick. By the time the ship made it to its first port in Greece, many Jewish passengers were already eating non-kosher food, rabbit to be exact. When the ship stopped in Algeria, he saw a black man and a banana for the first time. My ancestors settled in Chicago, studied, worked hard, and eventually succeeded in becoming Americans. Some had moderate financial success, some became wealthy, some married and had children, and some did not, but in the end, no one ever wished to return to Poland, where their ancestors had lived for hundreds of years.

Unlike my immediate ancestors, Jacob and his children planned to leave their homeland for only a short time, waiting for the famine to subside and hoping to return to Canaan after spending a few years in Egypt. In the end, however, they descended into slavery and, despite their hard work, had nothing to show for 200 years of hard labor. Two families, one of seventy people, another of seven. Both families traveled to survive, and neither family was sure of what the future would bring. The family of seventy would initially become slaves but would eventually become a nation, and my grandfather’s family of seven would prosper, for the most part retaining their Jewishness while being absorbed into American society. They are both my family.

My family’s journey, which began 100 years ago, gave me pause to compare our People’s odyssey over 3000 years ago. These two paths began with families that stuck together and did not splinter under the challenges of traveling into the unknown and in hardship. Who could imagine that my grandfather’s voyage from Bialystok would culminate in my Aliya to Eretz/Medinat Yisrael in 1979? With my decades-ago arrival in Jerusalem, I feel so privileged to have continued the intention of our forefathers, thus merging those two dramatic odysseys into the same. I genuinely feel a part of the history of the Jewish People. Shabbat, December 24th, 1921, was my family’s date of arrival at Ellis Island. It is most likely why I have always had warm spots in my heart for the Christmas season and Shabbat dinner, which coincided on that day 100 years ago. May all of us feel part of a constant journey filled with meaning, fulfillment, and loving friends and family.