Walking (or Sitting) in the Footsteps of My Forefathers 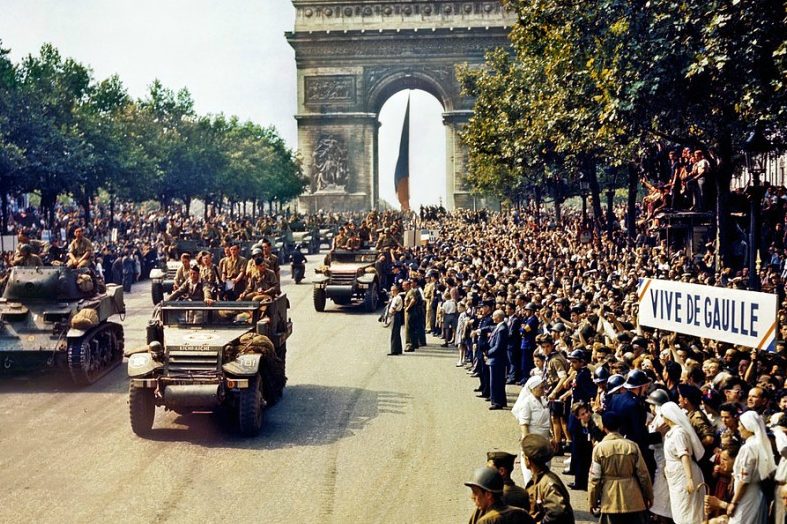 Nov 15, 2017 Walking (or Sitting) in the Footsteps of My Forefathers

Very often when I meet tourists or new immigrants to Israel, one of their first comments goes something like this: “Today, I walked in the exact footsteps of Avraham Avinu (Abraham our forefather)!” There seems to be something emotional and exciting about treading on a path that our ancestors tread. Such an experience seems to evoke a feeling of connection to our pasts. On my occasional visits back to Chicago, I sometimes pass buildings where my parents lived or a store or synagogue that my grandfather frequented.  But for the most part, living in Israel for the last 38 years I rarely pass a place where I pause, knowing that my family members did something special there.

That was not the case on my recent business trip to Paris. My late father had been a GI during World War II and had fought in France and Belgium. About two weeks before the Battle of the Bulge, he was injured by mortar fire and evacuated to England for treatment and recovery. Nonetheless, between August 1944 (when Paris was liberated from the Nazis) and his being injured, he was able to visit Paris several times. While never sharing too much about his war experiences, he did mention to me the fact that he received an “Aliyah” to the Torah on the first Shabbat after Paris was freed, in the “Rothschild Synagogue” (the Rothschilds had prayed there.)  While I had been to this synagogue in the past, I never inquired as to when and how he would have received his “Aliyah”. However, this changed upon my recent visit.

While attending Shabbat services with my wife in the synagogue, I made a point of introducing myself to the young Sephardic Rabbi and mentioned my father’s experience in attending his synagogue. He suddenly became very excited and led me over to a beautiful illustrated book right in front of the Bima documenting the history of the synagogue. He called over the President of the congregation who had co-authored the book and grown up in the community. The President immediately turned to a certain page in the book showing a special service at which the synagogue hosted Jewish U.S. soldiers (photo below) by way of thanking them on Thanksgiving, 1944.  He told me that the first time U.S. soldiers attended regular services was Erev Rosh Hashanah 1944. On Yom Kippur 1943, less than a year before the Liberation, the Gestapo were waiting outside the synagogue to arrest any Jews without proper residence permits, and the Jews were warned to remain inside for 24 hours –  thus the gratitude less than a year later, in 1944! The latter story, and the surprising fact that most Jews remained in Paris throughout the war –  is a story for another time. 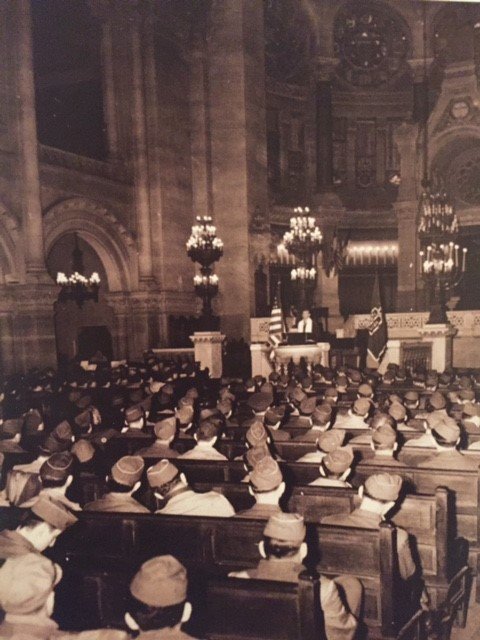 I immediately put on my detective hat and asked my administrative assistant to take a picture of my father’s discharge papers which are framed in my office. These confirmed that my father arrived in Europe in August 1944. I then checked a Hebrew-English calendar to discover that Rosh HaShanah in 1944 was on September 17th, which meant that my father’s story was most likely true! In addition, he probably returned for that special Thanksgiving service on November 23rd, 1944 and may be one of the GI’s that appears in the picture.

The Rabbi and President both expressed a deep connection to this period of the synagogue’s life. This was shown when the Rabbi announced at the celebratory Bat Mitzva Kiddush, that the congregation was hosting the son of one of the liberators of Paris, to which people broke out in applause and many thanked me for my father’s deeds.

Before leaving the synagogue, I went back to the seats (see photo below, taken the next day) in which I had sat for 3.5 hours (it was a very long service) and found myself feeling a renewed closeness to my father, even though he has been gone over three years. It was a wonderful feeling. 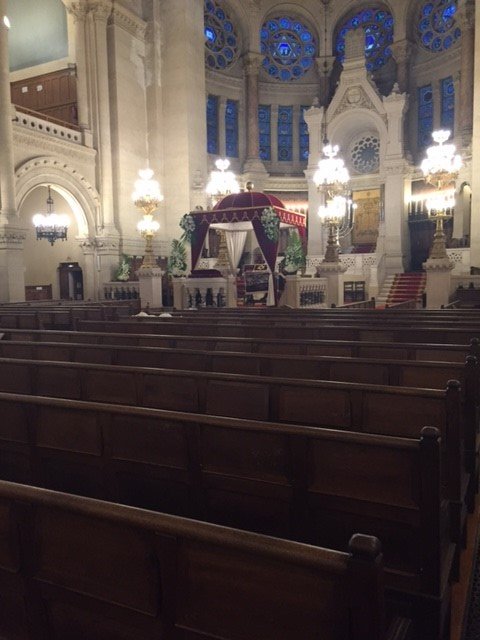 How lucky I was to go back to those very pews in which my father sat over 70 years ago and feel like he was sitting right next to me. I think going to those places where our forefathers walked or sat gives us an opportunity to reconnect to our ancestors in a meaningful way. I am very grateful that I could do it.