Phillip Stein & Associates > Blog > Who Will Be At Our Seder This Year?

Who Will Be At Our Seder This Year?

Phillip Stein & Associates > Blog > Who Will Be At Our Seder This Year? 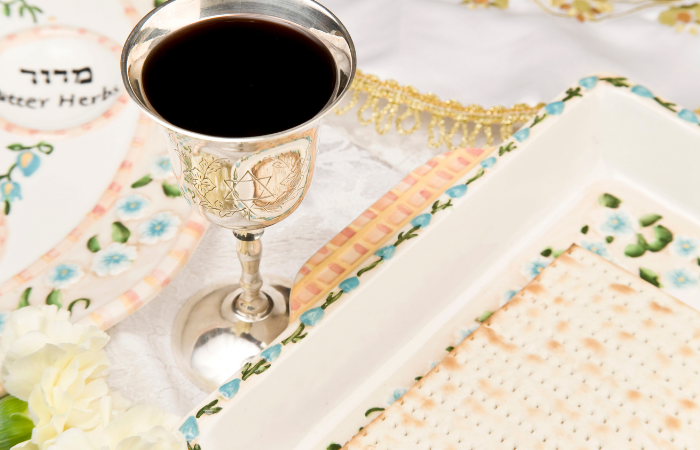 For most of my contemporaries, last year’s Seder was limited to one or two people. People’s tables were set out modestly, and the Seder itself was completed in record time. Thanks to Pfizer and Moderna, for many of us in Israel, this year’s Seder will return to its festive roots with extended family and friends joining together to commemorate the Exodus from Egypt. Nonetheless, while this may be the case in Israel, in North America and Europe, people’s Seders will be closer to last year’s numbers. In other words, seats will once again be empty as COVID-19 will continue to prevent loved ones from reuniting.

I began to think of a friend who not only leaves a cup of wine for Elijah the Prophet at his Seder table but also an empty chair as well.  According to my friend, the empty chair is meant to inspire his guests and provide a symbol of hope for better times.  Elijah’s empty chair personifies that our hopes and dreams will come to fruition sometime in the future. We acknowledge that Elijah is not with us this year, but we are always prepared for his arrival.

I remember that back in the late 1960s an empty chair was added to many people’s Seders for “The Jews of Silence,” namely Russian Jewry and particularly Refuseniks who were not allowed to leave the Soviet Union. At the beginning of this century, during the 2nd Intifada, it was suggested to leave an empty seat for Israelis killed by terrorists. I recall that in 2008 Foreign Minister Tzippy Livni pronouncing that she was leaving an empty chair at her Seder for Gilad Shalit, an Israeli soldier being held captive by Hamas. This tradition of leaving an empty chair left me to consider that perhaps we should be leaving an empty seat for those who succumbed to COVID-19 during the past year.

As a reminder:The first reported death in China was on January 11th 2020, when a 61-year-old shopper in the Wuhan Market succumbed to the Coronavirus.

On February 29th, the United States reported a man in his 50’s as its first death in Washington State.

On March 5th, the UK reported a woman in her 70’s as its first fatality from the Coronavirus.

By Mid-March 2021, nearly 2.7 million people worldwide died as a result of contracting COVID-19. In Israel, over 6,000 people are no longer with us, and they will not be occupying a seat at anyone’s Seder this year. It is important to reflect for a few minutes this year on what has befallen us and realize that as we sit at our Seder tables,  we are still meant to carry on. We are here to carry on our family traditions, to teach a new generation our customs, and to embrace new family and friends we are fortunate to host.

Indeed, there will be many, many empty seats this year at our Seder tables, but hopefully, there will be new seats that need to be filled. As I look back and think about those empty seats that people set for Refuseniks and Gilad Shalit, happily, those are no longer necessary. For those who set places for victims of terror and COVID-19, let us hope their memories will continue to be a blessing for all of us and fill us with hope not only for Elijah the Prophet’s arrival but for better times in the coming year.