Phillip Stein & Associates > Blog > How Will The New Repatriation Tax Affect You?

How Will The New Repatriation Tax Affect You?

Phillip Stein & Associates > Blog > How Will The New Repatriation Tax Affect You? 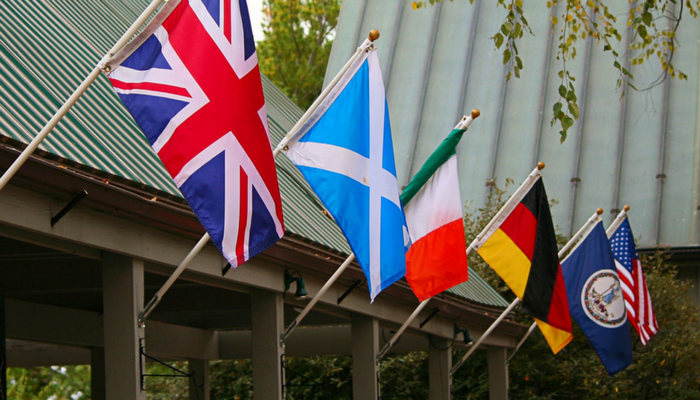 One of the changes included in the Trump tax reform, that will affect many U.S. taxpayers living abroad, including in Israel, is the amendment of Section 965, otherwise known as the Repatriation Tax.

In the past, large corporations held assets and most of their profits in foreign subsidiaries to defer tax in the US. In later years when the U.S. entities incurred losses, they would take a dividend from the foreign company and pay U.S. tax at lower rates. This could be done because foreign income would only be taxable to the U.S. once it was repatriated (returned to the U.S.), generally in the form of a dividend to the U.S. parent company.

In order to incentivize companies to keep income in U.S. entities rather than offshore, the new reform transitions the U.S. from a worldwide to a territorial system of taxation for corporations. This means that U.S. corporations will only be taxed on U.S. income by receiving a deduction for dividends received from their foreign subsidiaries.

To transition to this new mode of taxation, the reform has instituted a deemed repatriation of deferred foreign income up until the point of transition, as though the foreign entity paid a dividend of all accumulated profit to the U.S. owner. Since the reform was signed in to law on December 22nd  and includes a November 2nd measurement date, there was little to no planning to be done to help taxpayers minimize this new tax.

Who does it affect?

Is there a deduction?

This income is eligible for a deduction, the intention of which is to get the tax on the cash portion of the retained earnings to equal 15.5% and the non-cash portion to equal 8%. The deduction is based on the 2017 maximum corporate tax rate of 35% (note that this is going down to 21% in 2018). Therefore, these tax amounts of 15.5% and 8% are misleading, since the maximum tax rate for individuals for 2017 is 39.6% and this income will be taxed at the individual’s tax rate. As you can see, this tax was created with corporations in mind and individuals got thrown into the mix.

Can I take a foreign tax credit?

You can take a foreign tax credit, however, any foreign tax that is directly attributable to this income will be disallowed in proportion to the deduction referred to above. Therefore, if you took a dividend from your foreign company and paid tax in Israel, you would not be able to take a full foreign tax credit since that tax is related to the repatriation income. However, tax paid on your salary and any foreign tax credit carryovers in the general limitation category can be used against this tax.

Is there any good news?

Not really, but there are a few things that can soften the blow. First, taxpayers can elect to pay the tax in eight yearly installments. The first installment, which is 8% of the tax due, must be paid by April 15, 2018.

Second, if you have an NOL (net operating loss) carryover you may elect not to utilize it against this income if you do not want to “waste” it on income that may be taxed at a rate lower than your marginal rate.

Not exactly. While this tax is for 2017, it has ramifications going forward. The gross repatriation income (before deduction) will be PTI (previously taxed income) for future tax years. This means that future dividends individuals receive from their foreign corporations will be tax-free in the U.S. to the extent of their PTI.

However, the taxpayer will only be allowed a partial credit for the foreign taxes paid on these dividends to the extent that the dividend is related to PTI created by the 2017 repatriation income. It is important to note that, although the dividends would not be subject to regular income tax to the extent of PTI, the taxpayer may still owe an additional 3.8% net Investment Income Tax (i.e., “Obamacare”), and foreign tax credits cannot offset this tax.

Additionally, while the Repatriation Tax is only for the 2017 tax year, the tax reform also added new types of tax, such as the GILTI tax, to 2018 and beyond. We advise speaking to one of our associates to make sure you stay on top of any potential tax exposure.

The writer is a team leader of the Individual Department at Philip Stein & Associates.